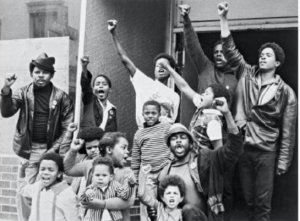 The title of this program comes from a slogan by the Black Panther Party. Without a class analysis, we can never understand the epidemics of violence, addiction, and trauma that plague our communities. Join Danny Shaw, author of My Son Blazes within Me: So Many Contradictions, So Little Time for a discussion of the intergenerational trauma that is inherent to capitalism and imperialism and how we fight back, all day, every day.

Our speaker, Danny Shaw, will discuss this Black Panther slogan. Danny Shaw teaches Latin American and Caribbean Studies and Race, Ethnicity, Class and Gender at the City University of New York. He holds a Masters in International Affairs from Columbia University. He has worked and organized in seventy different countries, opening his spirit to countless testimonies about the inhumanity of the international economic system. He is a Golden Gloves boxer, fighting twice in Madison Square Garden for the NYC heavyweight championship. He teaches boxing, yoga and nutrition and works as a Sober Coach, keeping young people out of the military and prison industrial complex. He is the father of two young Life Warriors and mentors many through the nutritional, ideological, social and emotional landmines that surround us. He is the author of six books and numerous articles.

About Sunday Morning at the Marxist Library A weekly discussion series inspired by our respect for the work of Karl Marx and our belief that his work will remain as important for the class struggles of the future as they have been for the past. 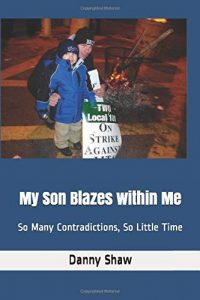