THE HISTORY OF AND THE CURRENT LEFT IN TURKEY – YOUSEF 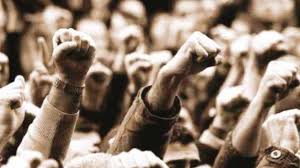 The Left movement in Turkey has left its mark on the history of the country.  Divided but strong the left shaped the politics against imperialism, capitalism, and for human rights in the 1960’s and the 1970’s.  To stop the sharp rise of the socialist movement, the ruling classes established the Grey Wolves, the racist, Nazi street gang organization to murder leftists and to attack striking workers.  However, the state apparatus, working under the command of NATO had to stage military coups and brutal attacks against the people to stop the socialist ascendence